Rue at a Portuguese cafe in Vauxhall, owned by a friend who has helped him through his year-long battle with the Department for Work and Pensions. Photo by James Hopkirk

Jobseeker’s Allowance is supposed to help people on low incomes survive gaps in their employment as they seek new work. One construction worker explains how a glitch in the benefits system left him unable to work, unable to claim JSA and unable to attend his own mother’s funeral…

Rue was born on the Portuguese island of Madeira. He moved to the UK 25 years ago, soon after Portugal and Spain joined what was then known as the European Economic Community.

He was in his early 20s and he came in the spirit of adventure – a young man who wanted to see the world. He fell in love with this country and has made it his home. He’s lived all over London, but for the last 15 years he’s been in Lambeth.

When he first arrived, his English was poor, and so he worked mainly in restaurants. “When you’re new, you have to start from zero,” he says. As his English improved he was able to move into construction work, something he’s been doing ever since.

He says that he’s worked hard throughout his life and stresses that he has always paid his taxes, something he’s proud of. However, working in the construction industry has meant that there have been occasional periods between jobs when he’s had to sign on and claim Job Seeker’s Allowance (JSA).

“In building construction it’s like this,” he says. “You might work for a year on one job, the whole year. Or you might work for five months. You have to keep jumping from one site to the next. If the company you’re working for hasn’t got another job right after the one you’re working on, and you can’t find another, then you’re unemployed. Unless you’re lucky enough to move to another company. But because you work specifically for one company, it usually means you have to wait for them – and you don’t know whether this will be one day or a month. So you start to get in debt. That’s why I go to the job centre.”

New, tougher regulations, unfortunate timing and mistakes by the DWP and his Job Centre left him without any form of income or employment for over a year

In the past these gaps, every few years, have involved him claiming JSA for a few weeks, and he’s never had any problems. In April last year, however, that changed.

A combination of new, tougher regulations, unfortunate timing and mistakes by the DWP and his local Job Centre left him without any form of income or employment for over a year. Without the help of Brixton Advice Centre and financial support from friends within the Portuguese community in Lambeth, he believes that he would be homeless. Things got so bad at one point last year that he tells me he seriously considered suicide.

The problems began in April last year (2015) as Rue came to the end of a five-month job. “The manager told me that I had to wait a little longer because they were waiting for a new project. As soon as it came along, I’d go back. So I applied for JSA on 13 April, but they denied me.”

In 2004 a new regulation was introduced requiring EU migrants to undertake a habitual residence test (HRT) before they could receive benefits. Initially it only applied to new EU migrants, not those already living in the UK – but in 2014 it was amended to encompass all EU nationals living in the UK, and an additional stipulation was added – the Genuine Prospect of Work test. Rue clearly had a genuine prospect of work, but there was a complicating factor – his Construction Skills Certification Scheme (CSCS) card had just expired. As a construction worker in the UK, you can only work on a building site if you have one, but without a job he couldn’t afford to pay for one. The DWP took that to mean that he had no prospect of work and, consequently, he failed his HRT and could not claim JSA.

Normally, if you’re an unemployed construction worker, you can get a new CSCS card through the DWP’s Work Programme – but because Rue had been denied JSA, he wasn’t eligible. He was trapped in a bureaucratic black hole – he couldn’t work, couldn’t get a new CSCS card and couldn’t claim JSA.

The first he knew there was a problem was when he got a letter saying that he was not entitled to receive benefits. “When I got the letter, that’s when I took things to [Brixton Advice Centre] and I was introduced to Nathan.”

“To be entitled to JSA you have to comply with the rules,” says Rue. “So from day one, I did. Even though I wasn’t getting any money from them, I would go to the Job Centre to sign on every week. I was part of the Work Programme, even though they weren’t paying me.” Because he was appealing the HRT decision, he had to continue to sign on and participate in the programme while the process was ongoing – although he was initially told the opposite at the Job Centre.

With no money coming in, he was rapidly building up debt. By November, he had been served an eviction notice on his flat. He was only surviving thanks to friends who were lending him small amounts of money each month.

“Imagine that throughout this all you don’t have any income coming in, nothing,” Rue says. “No cash in hand, because I have never done that in my life. I’ve paid my taxes.

“Four people have helped me a lot. A lot. One of them is the owner of this place [the café in Vauxhall where we meet]. I’ve known him for years. He is one of the people who has helped me through this process. Week by week, I need money. I’ve lost friends because of this. We’re not talking about a one-off, we’re talking about months and months.”

Then, in December, 15 days before his case finally reached tribunal, his mother died. He couldn’t afford to go to her funeral.

“I had my brothers and sisters back home calling to see what’s going on,” he says. “Why are you not coming? Trying to explain something to them that they don’t understand because they don’t live here… it’s completely callous, the whole situation.”

“I’ve been through hell. I’ve had suicidal thoughts. And the DWP is now going to have to pay lots of money. It’s crazy. I just want to work.”

Finally, the tribunal arrived. He says he could never have made it that far without the help of a specialist benefits adviser – the process was incomprehensible to him. He won and was awarded back pay for the entire period he’d been unable to work, although he has so far only received the first tranche. “That went in the blink of an eye because I had to pay back everyone I owed,” he says. “But still, I’m owed money, and I still have lots of debts.” The second payment hasn’t been made due to an administrative error – the DWP claimed it hadn’t received his appeals paperwork.

“I only needed JSA for two weeks, a month at most, and help with my CSCS card,” he adds. “Instead I’ve been through hell. I’ve had suicidal thoughts. And [the DWP] is now going to have to pay lots of money. It’s crazy. I just want to work.”

“I understand there’s a lot of pressure on Job Centres, that they’re short staffed,” he says. “But I’m not milking the system. If you come to this country you have to contribute. Well, I’ve done that. I’ve worked from day one. I’ve paid taxes from day one. If there are people out there who haven’t, well, that’s not my problem.”

Now he just wants to move on and get back to work as quickly as possible, which he hopes will happen in a few weeks, as soon as the back payment comes through. He intends to pay for the CSCS card himself as he doesn’t want to go through any further bureaucratic wrangling. But his first priority, once the second payment finally comes through, is to return to Madeira.

“I need to go back home, to see my mum’s grave, because that is above all the other problems,” he says. “That’s the main thing I have on my mind. I can’t move on with my life until then.”

If you’d like to get in touch, please don’t hesitate to reach out to me on Twitter or by email at james@jameshopkirk.com. In particular, I’m hoping to hear from Lambeth residents who have experienced the sharp end of the government’s cuts and who would like to collaborate with me, share their stories and help to raise awareness of what’s happening in our borough 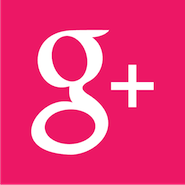 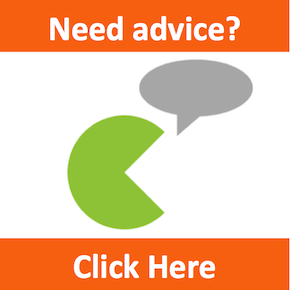